Skip to content
The Beast of Nod – Multiversal Review 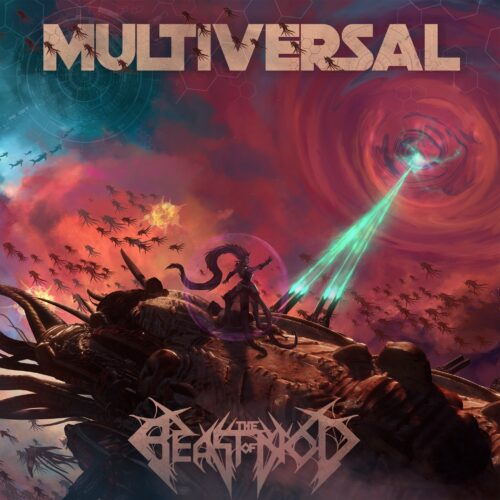 The Beast of Nod‘s Vampira: Disciple of Chaos was one of the coolest indie death metal albums back in 2018. The icy hunk of sharp, odd prog-death featured unique songwriting, delightfully insane humor, an entertaining story with fascinating characters, and a thousand hooks sharpened with intent to kill. Wild seems an apt descriptor, especially when you take into account the extensive lore that the project created to accompany their musical arm. While rough around the edges at times, that first icebreaker put The Beast of Nod on my map, and the maps of several more of our writers.1 It’s been three years almost to the day, and finally a new full-length rears its be-tentacled space helmet, titled Multiversal.

There are three things you should know about Multiversal. Firstly, The Beast of Nod are just as weird as they were in 2018. Nobody else captures the same odd note progressions or the same twisted sci-fi humor as this scattered American entity and they are fully aware of—and take full advantage of—that fact. Secondly, Multiversal is a completely different album than Vampira, using a distinct set of tools to craft this spacefaring, cybernetic, interdimensional bioweapon of war. There are fewer rhythm-based riff patterns and more neoclassical noodles and odd lead axe art, while keys and effects steal a greater percentage of the soundstage. Time signatures get weird and wacky all over the place, placing this record closer to prog than death more often than not. Thirdly, this new album is ten minutes longer than Vampira and you can feel every moment of it.

Some might like this record simply because it’s not your average proggy tech-death, but Multiversal feels to me like a step in the wrong direction for The Beast of Nod. Take “Intergalactic War!” and “Call of the Squirrel.” Both are five-and-a-half minute clinics on how to bloat a cool idea with meaningless chugs, hollow arpeggios and neoclassical exercises. Compare this to any song from their last album, like “PotRoast the Rhinoman,” “T.C.T.W.A.D.M.L.C (The Cybernetic Tiger With A Dorsal-Mounted Laser Cannon),” or my personal favorite “Ripped Off Face II: The Cape of Faces,” which each have hooks for days from every instrument and fun stories that leave me wanting more. The new material lacks the same fun factor, drive and momentum. Even if their sense of humor and dedication to detailed sci-fi world-building didn’t exist, The Beast of Nod‘s immense talent in crafting unique adventures that quickly pulled you in and never let you go made that first record great. Multiversal, on the other hand, sees all of its members pushing the boundaries of their skill and exploring beyond their comfort zones, but at the expense of tight songwriting, memorability and, most importantly, fun. 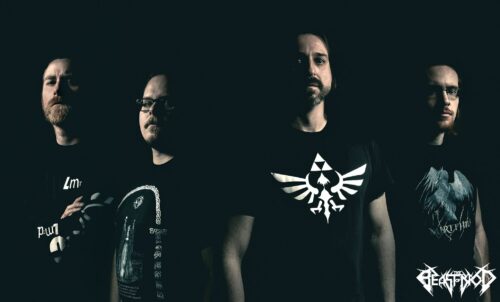 On the other hand, some of their new techniques pay off. The back end of Multiversal is full of cool leads, melodies that twist my understanding of what I consider “catchy,” and a sense of scale which far surpasses anything Vampira could offer. “The Plan for Multiversal Creation” and “The Latent Threat” stand as perfect examples to this end. Multiple leads twist and turn around each other like dogfighters, accompanied by mind-breaking synth hits that are impossible to forget and solos that give me carpal tunnel syndrome just thinking about trying to play them. “Guardians of the Multiverse” reinforces the adventurous spirit and madcap creativity of this band while offering one of the best single melodies the band penned thus far. It makes me want to become an astronaut on the infinitesimally small odds that I would be able to fight Vampira myself, despite possessing literally zero cybernetic implants, outerworldly powers or a hypermuscular superphysique. At the very last minute, “Shredding of the Cosmos” finally brings back the riff-driven brainworm factory that I know The Beast of Nod to be, and is therefore the most memorable cut on Multiversal. More of that, please and thank you!

Unlike most promo, I had almost two months to analyze Multiversal, thanks to a transdimensional rift that carried the album through space-time directly into my living room, of all places. While I’ve enjoyed the experience, I find myself mildly underwhelmed with the album as a whole. It’s so heavily backloaded that I found it difficult to justify spending just under half an hour wading through forgettable material to finally reach content that sticks. Hopefully this is just a sophomore slump, and album three will see The Beast of Nod successfully balance their current lead-driven prog-death with the rhythm-based brutality of their past.