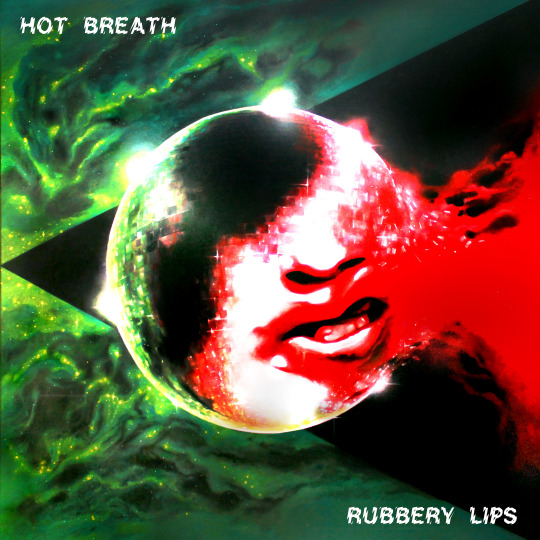 When it comes to Swedish heavy music, most people think of its distinctive style of death metal, but the Scandinavian country’s hard rock scene is not to be underestimated. Next to glam bands like Hardcore Superstar, Backyard Babies, and of course Europe, there are also a lot of bands that prefer rough edges to their sound, such as The Hellacopters, The Hawkins, and Grande Royale. Plenty of those bands can be found in the roster of The Sign Records. For the past six years or so, the label has been releasing one great Swedish hard rock album after the other.

I try to keep up with their releases as much as possible, but one of their releases I initially missed was the 2019 self-titled debut EP by HOT BREATH. I first heard the record sometime last year, but I was immediately engrossed by the no-nonsense sound of the quartet, featuring members of Honeymoon Disease and Hypnos. One of the benefits of discovering a record late is that you don’t have to wait long for a follow-up, which has now come in the form of ‘Rubbery Lips’ (2021 – The Sign Records).

Hot Breath’s debut offered us a 20-minute burst of rock that echoed the venom and the urgency of late-’60s Detroit bands like The Stooges and MC5. When you press play on Rubbery Lips, the same raw power bursts from your speakers in the form of “Right Time.” There’s no need for fancy intros or subtle keyboards here – this is rock in its most primal form. Anton Frick Kallmin (bass) and Jimi Karlsson (drums) create a thundering base, while Karl Edfeldt and vocalist Jennifer Israelsson unleash one neck-breaking riff after the other. Israelsson pretty much screams out her lyrics, without losing any sense of melody.

During the next half-hour, Hot Breath blasts out another nine tracks of rock ‘n’ roll fury. What really stands out is that the band really developed in their sense of melody, resulting in songs that are far more catchy than before. I found myself singing along to tracks like “Magnetic”, “Turn Your Back” and the worst offender, “Bad Feeling,” after my first time listening to the record.

Halfway through Rubbery Lips, the band hits the brakes for a bit on “Who’s the One.” It’s the only track to clock in over five minutes, but every second is used to build up an excellent song. More often than not ooooh-oh-oh choirs make a song tacky, but it works well in this case. The psychedelic toned guitar gets a lot of room to breathe, while the drums and bass drive the song forward to a conclusion that would fit in perfectly on many an occult record.

Hot Breath also take the time to pay tribute to one of their clear inspirations, by covering the ’80s Rolling Stones track, “One Hit (To The Body).” Usually it’s quite a challenge to rough up a Stones track, but Hot Breath throw some of their punk ferocity in the mix to spice the track up some more.

If you like your hard rock deeply rooted in the late ’60s and early ’70s, but with some more punch, you’ll find a lot to love on Hot Breath’s first full-length. At certain moments, you might wonder where you’ve heard a specific riff or fill before, but that doesn’t matter much. This record sounds so authentic and fun that you’ll play it again anyhow.

And now, Doomed & Stoned is pleased to bring you the world premiere of ‘Rubbery Lips’ (2021) by Hot Breath, out Friday, April 9th via The Sign Records on CD, several varients of vinyl, and digital format (pre-order here), but streaming today c/o Doomed & Stoned!