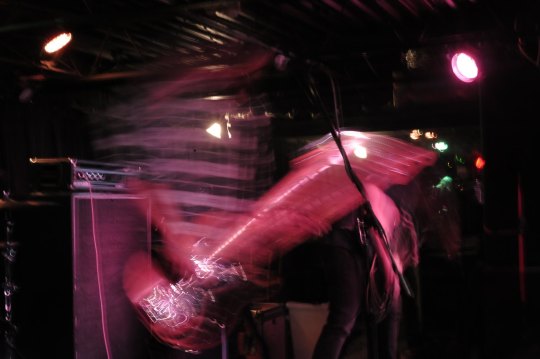 So one of the things that I think people need to be spending more time on is their band photos. This is such a crucial component for bands and people often don’t really invest the time in it that it merits. We’re a visual species and it’s important to operate with that in mind.

What I wanted to do really fast was break down some of the core mistakes bands make with photoshoots, what you should do instead, and then ways to help make your photoshoot become an indelible part of your band’s brand and create some really positive visual associations with your music and what you are doing.

So there’s a few big mistakes bands make with regards to photoshoots. The biggest one, and the most frustrating, is when bands try to just use a cell phone picture. Maybe this worked in high school, but if you’re trying to be serious, then using a cell phone shot as your band pic is just going to make you look like an amateur.

Another core problem is when bands try to make their photoshoot funny. If you’re a joke band, then go for it. But if you’re a band trying to sing about serious stuff, then treat the art with some measure of respect. Ultimately, you need to realize that if you don’t take your band seriously then the people around you won’t take it seriously. That simple.

What You Need To Do

The other thing is to try to have some sort of synchronized look between the members, even if that look is “We all wear doom band shirts.” It looks weird when three members are wearing Sleep shirts and the fourth guy is wearing a suit or something. You want it to have a sort of clear, put-together presentation for the band. A confusing photo will just make fans confused.

How To Take It To The Next Level

So this is the exciting part. The really good photoshoots are really good because they have an overarching theme. Not only that, but they have some sort of tie-in with the record that’s being put out. Take a look a the recent Black Dahlia Murder photos, for instance – they use lighting that is similar to the core colors of the album art.

Beyond that, I think that any time you can get a good amount of photos from a shoot you should get them both horizontal and vertical. This makes it way easier for publications to feature you, especially magazines. Generally when I work with a photographer, I ask for at least four horizontal and four vertical shots to use in the promo campaign.

Anyways, photoshoots are really important and these rules should be able to help you keep your shit optimized and stop you from looking like an idiot. Just avoid core mistakes, focus on working with professionals, and then see what you can do to take it to the next level. This shit works.

Matt Bacon (IG: mattbacon666) with Dropout Media is a consultant, A&R man, and journalist specializing in the world of heavy metal. You can read other articles in the series by clicking the “Bacon’s Blog” hashtag below. Matt can also be heard on the Dumb & Dumbest podcast, which he co-hosts with Curtis Dewar of Dewar PR.